www.DECTFL.org
Delaware public school teachers, you may receive clock hours. Sign up on PDMS for section #58183. All other teachers will receive a certificate of attendance at the end of the webinar series from DECTFL.

​All webinars are free for DECTFL members. Interested in becoming a member? Click here.
Join us for a live Twitter chat after the webinar. Follow @dectfl and use #dectfldialogue
Past 2021 - 2022 Webinars
Members - Click to view recordings
April 13, 2022 *Second Wednesday of the Month
How to Effectively Lobby 101 Webinar
Advocacy with Kristin Dwyer of DSEA
​Registration here.
Lobbying is an organized effort to attempt to influence a decision.  Lobbying skills can be useful at a variety of levels of government, depending on the needs of your local association. In our training participants will learn:

​Kristin Dwyer, Director of Legislation and Political Organizing for the Delaware State Education Association (DSEA). Kristin is a native Delawarean, a graduate of Concord High School, and Albright College with a BA in History, Political Science and French. Kristin has over 15 years of experience in Delaware politics, she was the former Deputy Executive Director and Executive Director of the Delaware Democratic Party and the Campaign Director of the Delaware Democratic Party’s Coordinated Campaign. During 2006-2010 Kristin was a part of or lead a team that successfully flipped the Delaware House of Representatives , elected U.S. Senator Chris Coons, and gained a supermajority in both chambers of the Delaware General Assembly. In 2009 Kristin began policy work in the office of New Castle County Executive Chris Coons, rising to be Policy Coordinator for the County in 2012. In 2012, Kristin left the County and took on her current role at DSEA. Over the past 10 years Kristin has written and lobbied for some of Delaware’s most successful pieces of education legislation, including, the High Needs Educator Student Loan Forgiveness Program, House Bill 100-Mental Health Funding, and ended the failed practice of using standardized test scores in teacher evaluations. This year, the Delaware News Journal named Kristin one of Delaware’s Most Influential Political People.
Save the date! Future webinars:​ 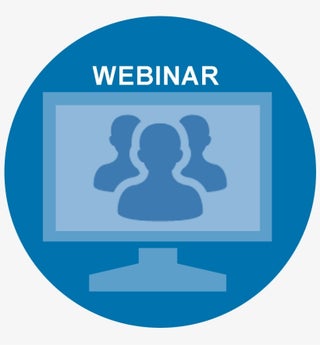 View Details
If you would like to attend a webinar, but are not a member, you may purchase a ticket to attend that webinar here.